Juan Carrito is back to his mountains

On March 25th, the bear Juan Carrito returned to his mountains. After about three weeks spent in the facility located in Palena, managed by the Maiella National Park, the animal was released in a suitable area and relatively far from the inhabited centers. The Central Apennines is not, as we all know, as large as Alaska, so it does not offer vast territories devoid of human settlements

However, our bears have adapted to these conditions, at least the overwhelming majority, and it is hoped that Carrito will become a little more elusive and less confident for his own good and for the sake of the small Apennine brown bear population that remains, unfortunately still on the verge of extinction.

We thank the staff of the Maiella Park and the Carabinieri Forestali for their work and commitment, while we are still waiting for Roccaraso, after so much talk and declarations of “love” for Carrito, to produce something concrete in terms of waste management. We have already done something to help in the small way we can, and we are going to do more. In the meantime, we hope that the new transfer is successful and that Carrito will stay away from humans and the troubles that could result from it. 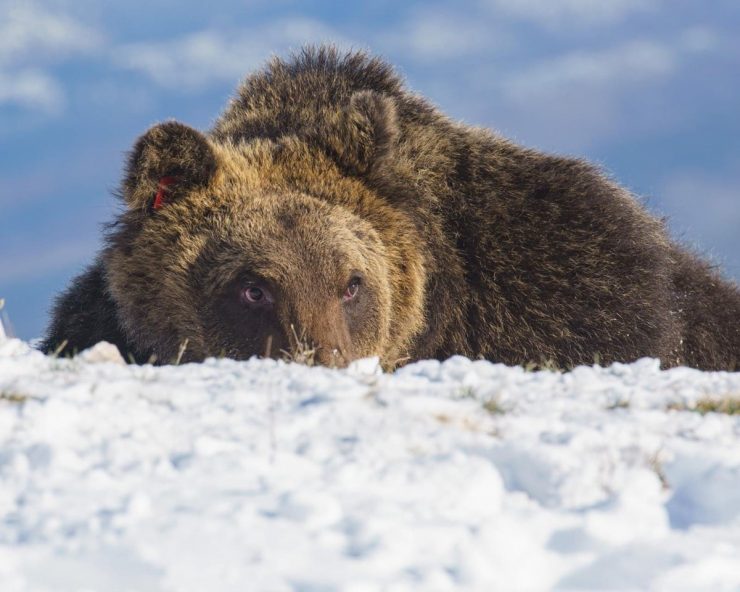