On March 25, the M20 bear, known as Juan Carrito, was moved from the Palena faunistic area to an internal area of ​​the Maiella massif.
For 19 days Juan Carrito remained in an area completely devoid of human settlements, monitored intensively by the staff of the Maiella National Park, and without ever having direct contact with humans. During this period JC has shown its ability to live in nature, feeding on the resources that the environment offers. 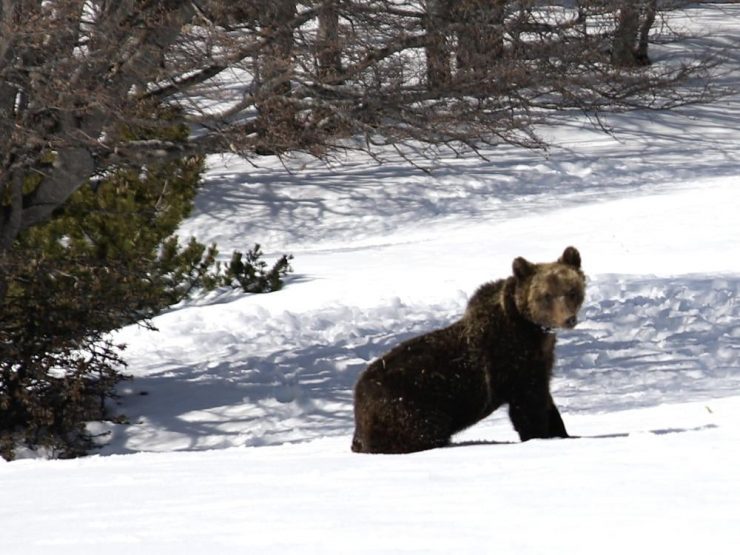 At the stroke of the twentieth day, Juan Carrito returned to raid the Municipality of Roccaraso and Rivisondoli, where he targeted a couple of isolated farms and preyed on chickens and a goat. This behavior is not surprising, as it mirrors the common reaction of a bear to a chicken coop or barn that is not properly defended.

Since 25 April Juan Carrito has been sighted in the municipality of Pescocostanzo. The Municipal Administration promptly alerted the population and implemented waste management measures appropriate to the presence of a bear in the country, showing that they really care about Carrito’s well-being.
We think that we can be satisfied with how JC is behaving, as he is now displaying more natural behaviours. We are confident that this positive drive, combined with appropriate behavior on the part of the local population, can give Juan Carrito the opportunity to live in freedom.

For this reason, Salviamo l’Orso takes sides against any hypothesis of captivation of M20, a hypothesis that would find severe legal opposition on our part.