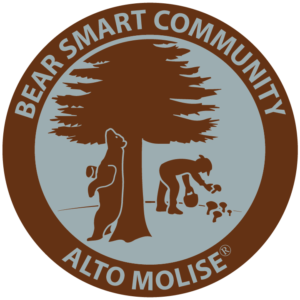 The presence of the bear in Alto Molise (High Molise) is not a new occurrence, having been reported in the past. However, in 2018 and 2019 reports increased, making us more confident that this area acts as a wildlife corridor between the Abruzzo, Lazio and Molise National Park and the Majella National Park may be used more and more by bears.

One of the priority actions of Salviamo l’Orso is to work to increase social acceptance of the bear in the 56 local communities.

Thanks to the availability of our own volunteers, our organization tried to replicate the “Bear Smart Community” model, to implement the best practices of damage prevention and man-bear coexistence, that have been implemented in Pettorano sul Gizio and Rocca Pia since 2015. This model has been shown multiple advantages for: 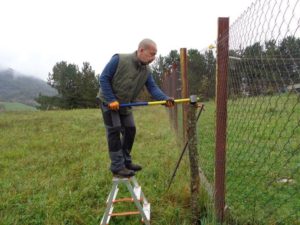 In 2018 the Alto Molise region was frequently visited by Peppina and her three cubs, in addition to at least one other individual. The reports are based on direct observations, which were followed up by the identification of some damage to small livestock farms in the municipalities of San Pietro Avellana, Sant’Angelo del Pesco, Castel del Giudice and bordering Ateleta, in Abruzzo. In order to compensate the farmers involved, Salviamo l’Orso carried out the following actions: 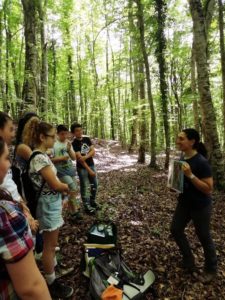 In 2019 Alto Molise was again visited by Marsican bears, particularly in the municipalities of Castel del Giudice, San Pietro Avellana, Vastogirardi, Carovilli and Pescolanciano. This happened especially during the period of time when the bear must consume high volumes of food, but fortunately no damage occurred. Alto Molise is an area of great interest for the species, so the volunteers’ work was focused on increasing damage prevention measures and awareness in the local communities. This included:

In terms of damages to farmyard animals in Alto Molise, 2 damages occurred in 2014, and 11 in 2018; all of them were well compensated. In 2019 no damage to farm animals was registered. 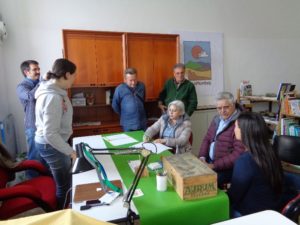 A community is considered bear smart when its inhabitants put in place a series of initiatives aiming to protect the species whilst protecting and enhancing its ecological, economic, social and cultural value.

The initiative ‘Bear Smart Community Alto Molise’ aims to support the natural spread of the Marsican brown bear population within this area suitable for its survival. In doing so, it is hoped that there will be a reduction in conflict between the bear and local communities.

The above-described interventions were carried out thanks to the generosity of our members, a sponsorship from Rewilding Apennines and the successful collaboration with the veterinarians of the ASREM, the Forestry Carabinieri, the mayors of the Municipalities involved, the Majella National Park and the local association Intramontes.