Conservation of biodiversity and ecosystems of the Sangro river springs.

Sangro is the second longest river (122 km) in the Abruzzo region of Italy after the Aterno-Pescara.

Its springs provide natural freshwater habitats in the Abruzzo, Lazio and Molise National Park (ALMNP). Despite their high environmental value and their historic importance to the local communities, they are almost unknown and currently compromised by livestock that use these springs to drink from.

The direct effects of cattle which you can observe are: 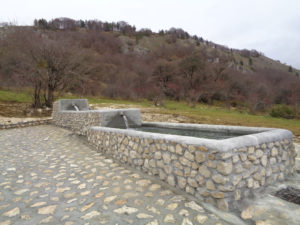 The Sangro springs could be returned into a wilder place, but only if all these factors are removed.

For that reason, Salviamo l’Orso restored a water trough in the area of Selvaglione Caldo (Gioia dei Marsi), on the left river bank, to create a water source and divert cattle away from the springs. This is a response to the social need for a compromise between nature conservation and traditional activities, such as farming.

The scarcity of water in the surroundings forces cattle to invade the river and makes it difficult for the ALMNP authority to enforce pasture law restrictions in this area of primary ecological value to avoid conflicts with farmers. In 2007, conflicts between farmers and large predators resulted in the killing of three Marsican bears by a poisoned carrion left in this area, which is of vital importance for the bears.

This water trough was built in agreement with the ALMNP, the Municipality of Gioia dei Marsi, the Forestry Carabinieri and the farmer under the condition that the cattle, provided with this alternative water source, will not graze at the springs to allow for rewilding.

The project was curated by the partners of Salviamo l’Orso Francesco Verrocchio, engineer, for the technical part and Simone Giovacchini, conservation biologist, as scientific consultant. The works were carried out in a workmanlike manner by the firm Del Pinto Edilcostruzioni of Aielli (AQ). 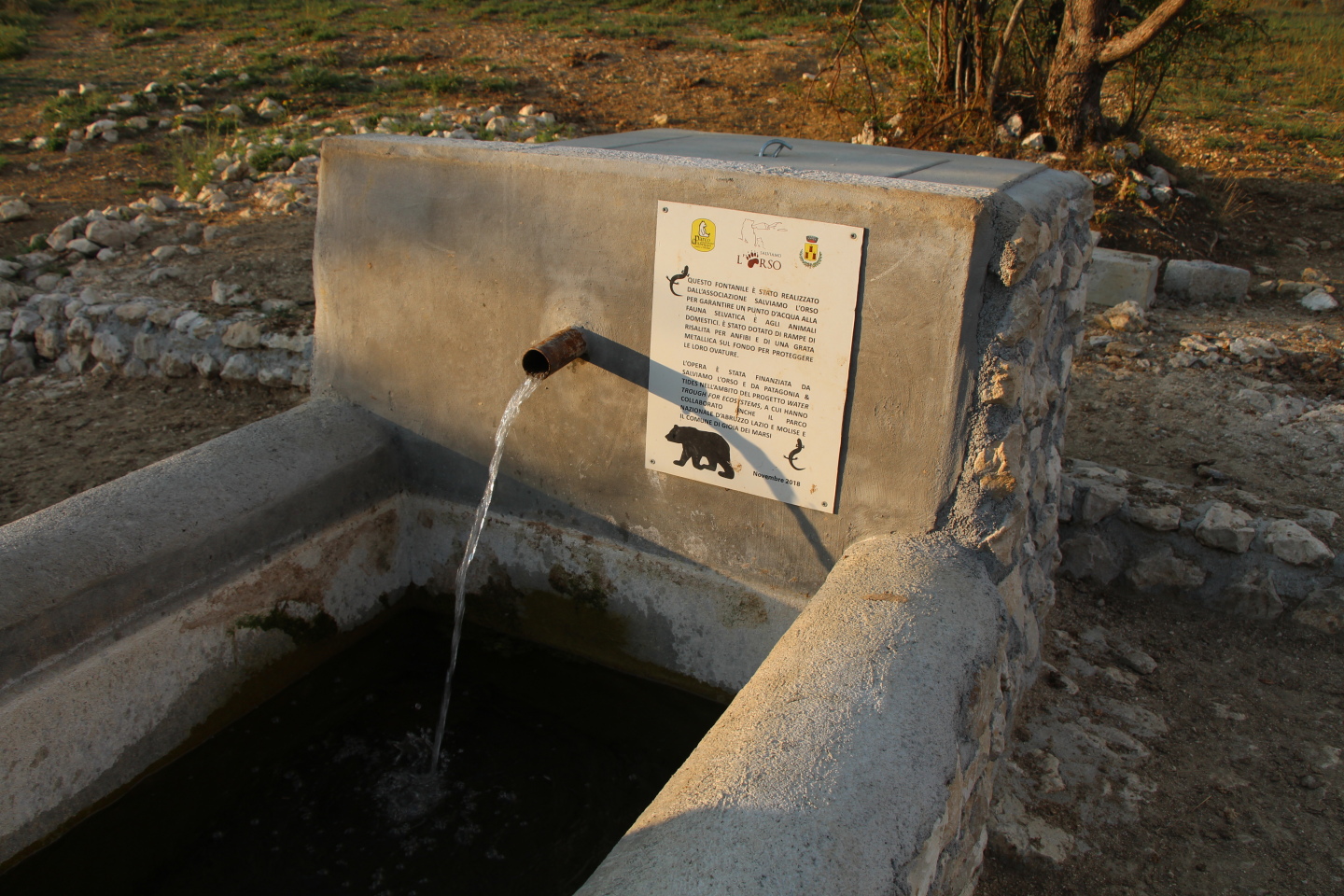 The Marsican brown bear, a species on the brink of extinction, will also benefit from this intervention. Furthermore, there are some different species of Italian endemic amphibians such as: the Apennine yellow-bellied toad (Bombina pachipus), the northern spectacled salamander (Salamandrina perspicillata) and others included in the Directive Habitat Annex, such as the Italian crested newt (Triturus carnifex). All of these species will benefit from a new water trough.

The water trough was built with small low-cost engineering details (stairs, and not vertical walls, with water released to create new pools, and a metal grid inside to protect eggs from drinking animals), so that endemic amphibians can also find new habitats there.

To make this proposed intervention actually effective we have identified amphibian species that can benefit from the fountain (assessing the species category in the regional, national and global IUCN Red List, the local distribution of species in the EUHDS, the species movement capabilities, and the compatibility of the area with the ecological needs of the target species). This is used to apply the building techniques and to monitor over time while maintaining it.

Other factors were used, such as the local distribution (ALMNP and adjacent areas), the movement capabilities and the compatibility of the intervention area with the species-specific ecological needs. This allowed us to establish that the water trough is primarily designed for the conservation of the yellow-bellied toad. 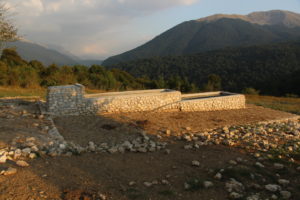 The proposed water trough consists of two sealed reinforced concrete tanks, which are connected and arranged longitudinally on two levels to adapt to the slight slope of the site.

The tanks have a longitudinal progression of about 8.30 m in length, a width of 1.70 m and a depth of 0.60 m. They were handmade using a concrete mortar then plastered by a mortar and finally externally covered by sandstone or local stone. The tanks are set on a reinforced concrete slab which is 20 cm in depth, guaranteeing stability.

All around there is a ballast of thin concrete with stones laid edge on, at a width of at least 2.50 m, to ensure that livestock does not excavate the soil in the area and ruin the decoration and stability of the work. The masonry covers an area of ​​approximately 60 square meters. Water will be supplied with a cross-linked polyethylene pipe with a minimum diameter of 40 mm which is resistant to the outside. It will be buried at a point where there is a small aquifer source, and will flow downstream into the water trough. The length of the pipeline is about 200 m.

The 7.5 cubic metres of water available in the tanks responds to the need of 100 adult cows drinking together which is exceeded by 30% of the 77 Adult Bovine Unit which is the carrying capacity of that pasture (115 hectares) according to the ALMNP regulation (0.67 UBA/hectares).