The project “Let’s take action for the bear” of Salviamo l’Orso, sponsored by EOCA, is initiating a new action: the removal of barbed wire from important wildlife corridors. It is focusing on old fences built many decades ago on the mountains of Central Apennines to confine the livestock or protect the saplings planted between the 1950s and 1960s from herbivory. No one has ever taken care to remove these long metal coils that today do not protect anything, instead impede the movement of wildlife (and also acting as a potential hazard to hikers). 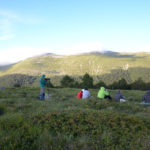 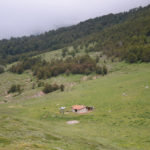 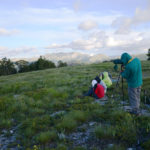 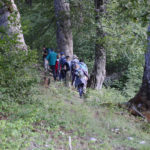 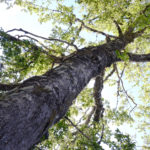 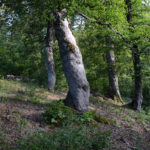 On last Monday and Tuesday, Salviamo l’Orso volunteers, including the Erasmus students from the University of Plymouth, have been hosted by Wildlife Adventures in the Terraegna Cottage, where they based the removal of wire from the surrounding area. Despite the rain and the exceptional cold for this season, during six hours in total of intense work of removing (sometimes even unearthing the wire or releasing the ingrown plants by then), untangling, measuring and accumulation at the collection point, over one kilometer of barbed wire has been removed! As a first intervention, this is a great result for sure, which is going to be a replicated event in other important areas for the bear’s passage.

Many thanks to all the volunteers for the commitment and to Valeria of Wildlife Adventures for the help and the delicious hospitality.