The Municipality of Cappadocia (AQ) wants to cut almost 100 hectares of the beech forests of the Simbruini Mountains, with trees over 120 years old, including specimens of 1 meter in diameter, for commercial purposes.

These are two distinct projects, on 42 and 56 hectares respectively, presented for authorization within a few days by the Municipality to the Abruzzo Region. The area is subject to a strict protection regime as it is both a Special Conservation Area and a Special Protection Area at community level due to the presence of particularly protected species and habitats.

We are talking about a fundamental site for brown bear, white-backed woodpecker, collared nurse and many other rare and threatened species. Most of these organisms need to live on ancient beech forests with large trees.

The associations recall that 25 years have passed since the entry into force of the impact assessment procedures for interventions in the sites of the European Natura2000 network. The quality of the documentation should be very different, drawn up by specialists of the different species as required by the national guidelines published in the official gazette at the end of 2019, launched to respond to an EU pre-infringement procedure opened against Italy because of the lack of action of the country for the protection of these sites.

Despite this, the Abruzzo Region has even omitted the mandatory publication of the documentation on its website, clearly violating the rights to public participation in the evaluation procedures. Only a complaint filed in June 2022 by the associations unblocked the situation; since then, the Region has published nearly 40 projects in just over a month, most of which show very serious shortcomings.

We therefore ask the Region to immediately reject projects that are inconsistent with the purposes of EU directives 147/2009 “Uccelli” and 43/92 / EC “Habitat” and lacking the minimum design requirements.
The conservation of the brown bear, forest birds and the forest heritage itself is a priority over the commercial use of a territory that is a naturalistic heritage of international level.

After this, the Major Lorenzin has tried to justify the cut of the beech forest with the financing of a car park, an outpatient clinic and a five-a-side football field in small towns. Since the Municipalities are lacking of funds, his purpose is to use the profit from the wood to finance these facilities. It is a shame that in 2018 he funded, with public money, a ski lift that works 2 days a year instead of using these funds for the clinic and the football field. A a bad administrator that citizens should send home as soon as possible! 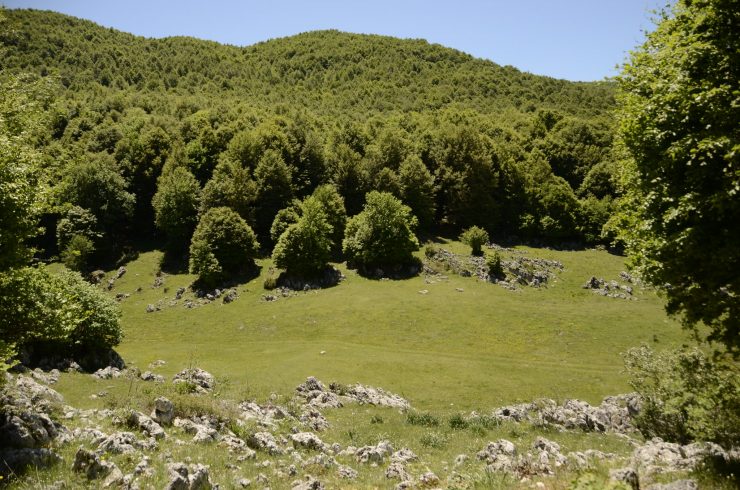